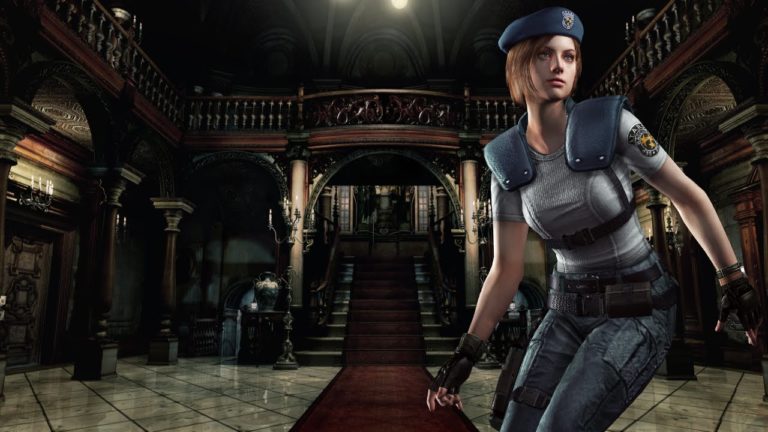 The video game industry is a billionaire business, there’s an estimated gaming audience of 2.6 billion people worldwide. In 2016 alone, this industry earned more than $30.4 billion dollars in revenue for over 24.5 billion games sold.

According to the market intelligence company Newzoo, it’s estimated that in 2017 the video game market will generate $33.5 billion dollars. It’s a huge and very lucrative entertainment sector which is able to make the audience experience different adventures through breathtaking universes.

The Resident Evil franchise was developed by Capcom for the PlayStation console in 1996. The first game of this survival horror story, had sales of over 8.5 million copies around the world. We follow the story of Jill Valentine and Chris Redfield who are members of S.T.A.R.S. an elite task force which has to investigate the disappearance of some of their members. They soon realize it’s not a common mission and they get trapped in a mansion full of zombies.

All the versions of the first part of the Resident Evil series, have sold 8.5 million games as of September 2017. The game has such success that it was adapted into films, novels and comics. It’s considered one of the greatest video games of all time and its sequels have been well received by the audience. The last title of the franchise offers the VR experience, it’s a freighting sight that makes you live the true horror.

It’s a survival horror video game by Konami for the PlayStation console. It was released in 1999 and it became an instant classic for horror video games. The particularity of the protagonist is that he doesn’t possess any kind of super power or especial combat training, he’s just an average man.

The plot revolves around Harry Mason a man who is searching for his missing adopted daughter in the town of Silent Hill.  He stumbles upon a strange cult and unnerving creatures. It has five different endings, depending on actions taken during the game and it has been adapted into a visual novel and a film.  The game sold over two million copies and it’s considered, by Time magazine, one of the 100 greatest video games of all time.

It’s estimated that the video game industry will grow significantly, the forecast is to reach $128.5 billion in 2020. We will be delighted and terrified with more games in the years to come.